Despite the propaganda peddled by the IPA enthusiasts, whiskey connoisseurs, hipster folk, et al. Most alcohol is pretty gross. For me at least, it not consumed for the flavor. It's consumed because it's a cold beverage, to be social, or maybe even just for the carbonation. And surely I can't be the only one, how else can we explain the rise of the oxymoronic hard seltzers. But, there are exceptions: Amaretto Sours. Yum. In case you need a mixology refresher:

Friday night: Amaretto Sour time. We had a bottle of Di Amore Amaretto in a glass bottle we’d used for other drinks and it was running low. We needed some foodstuffs anyway so we stopped by the liquor store on our way back from the grocery. The store had two brands of amaretto available: Romeo for $6.99 and Disarronno for $23.99. “We’re not snooty” I said and we grabbed the cheaper one.

I got home and we decided to do a qualitative taste test between the remainder of the Di Amore and the Romeo we just purchased. Call me naïve, but I wasn’t expecting too much of a difference, as we had previously done blind tasting with wines of different prices and were generally unsuccessful at picking out the pricer bottles. I poured myself some Romeo into a small shot glass and took a whiff. It smelled nice, like almond extract. So I took my first sip of Romeo and immediately spit it out into the sink.

Apparently we are snooty :( Instead of the sweet, almond-apricot taste I was expecting, it tasted like paint thinner smells. I tried each of the amarettos a few more times and for me it was undeniable, there was a substantial quality difference. It was even apparent in the mixed drinks.

We dealt for that night, but I was intrigued and excited about what filled the gap between the $7 amaretto and the $30 amarettos. So the next day, I spend about $100 buying one bottle of every brand of Amaretto I could find. Based on what I could find, there are roughly three tiers: ~$7, ~$16, ~$30. We poured out some tasters into numbered shot glasses and set to work. 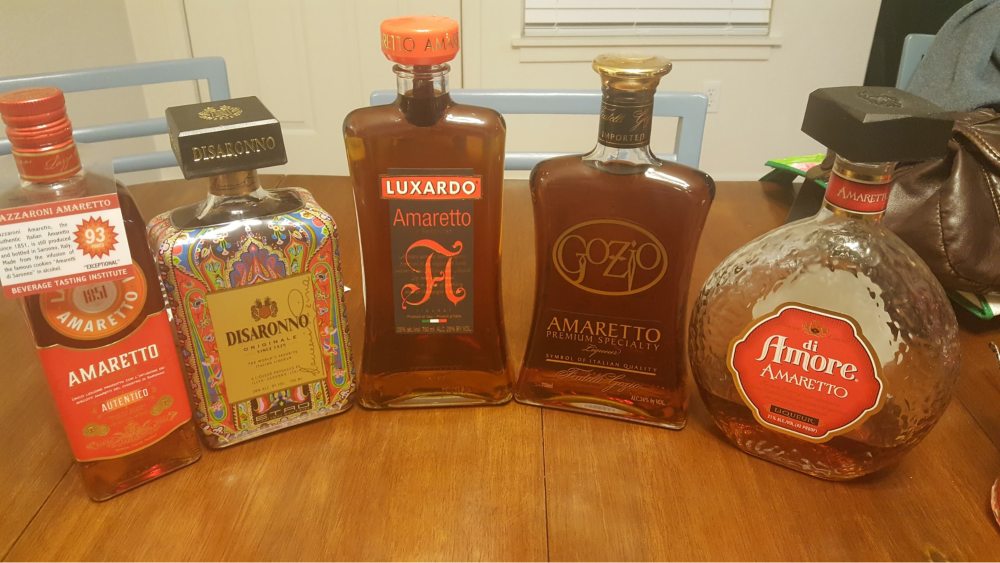 Here are my impressions:

* Prices were taken all from the same store which was not the liquor store we visited in the story above, hence the price difference. Prices listed are the full price (not the sale price) for 750ml as of January 2021